***If you have an E-Card and wish to use it towards a registration please contact Amanda BEFORE you register your child to get your personal code. At this time we are only accepting online registrations.***

Thank you for your cooperation 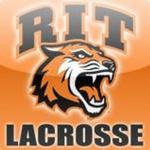 Lunch will be available for purchase or may be brought from home.

Shawn Wilkins is a native of Burlington, Ontario Canada

A member of the 2019 RIT Sports Hall of Fame class, is in his 11th season as an assistant coach for the RIT men's lacrosse program in 2019-20, serving as RIT’s offensive coordinator. Wilkins is also highly involved with recruiting and the day-to-day operations of one of the most successful programs in the nation.  He is an integral part of a program that has made 10 straight trips to the NCAA Tournament, including berths in the 2013 and 2017 championship games.  In 2013 he was honored by the USILA as the Assistant Coach of the Year.   In his first 10 seasons, Wilkins has helped RIT to an impressive 188-23 record and 10 straight conference titles.

Wilkins was a two-sport (lacrosse and ice hockey) standout himself at RIT, playing midfield for the Tigers from 1998-2001, helping the Tigers to the semifinals in the 1999 NCAA Division III Tournament and a quarterfinals appearance in 2000.  Wilkins was an All-Super Six selection in 1998 and 1999 and an All-Empire 8 selection in 2001.  Wilkins is one of 21 players in RIT Lacrosse history to score 100 career goals (104), and is 24th all-time in scoring with 147 points.

On the ice, Wilkins played both forward and defense, and was a key member of three NCAA Tournament teams, including the 2001 squad that advanced to the National Championship game.  Wilkins was named to the ECAC west all-tournament team in 2000

Wilkins was a member of the Rochester Rattlers 2008 Championship team of Major League Lacrosse and the Rochester Knighthawks 2007 Championship team of the National Lacrosse League.  Wilkins played 6 season in the NLL for the Rochester Knighthawks.  He also played for the Italian National team in 2006 and was a member of the Canadian Jr. National team in 1996. Wilkins was recently announced an assistant coach for Team Canada U19 coaching staff for the 2020 World games in Ireland.

**NEW** All players participating in this camp will receive a voucher for (1) FREE ticket to the home opener for the Rochester Americans for the 2020-21 season!

Off Ice: Next Level

Off Ice Stickhandling and Shooting

This Camp is the first of its kind in the area. It will offer female hockey players at the 2008, 2009, 2010 and 2011 birth years a chance to learn multiple aspects of the game from a former NHL player.  The focus will be on skill training using NHL style drills both, on and off the ice, to refine current and to develop new skills. The girls will also work on powerskating and small area games to simulate game-like situations.
Camp will be led by former New Jersey Devil & New York Islander Stephen Gionta, along with local elite female players and special guests.